It is important for us to share with you not only our achievements, but also the experiences of our customers who open their laser tag businesses. After all, for entrepreneurs there is nothing more important than sharing experiences - it helps to implement new ideas, unlock the potential of existing technologies and make business more successful. 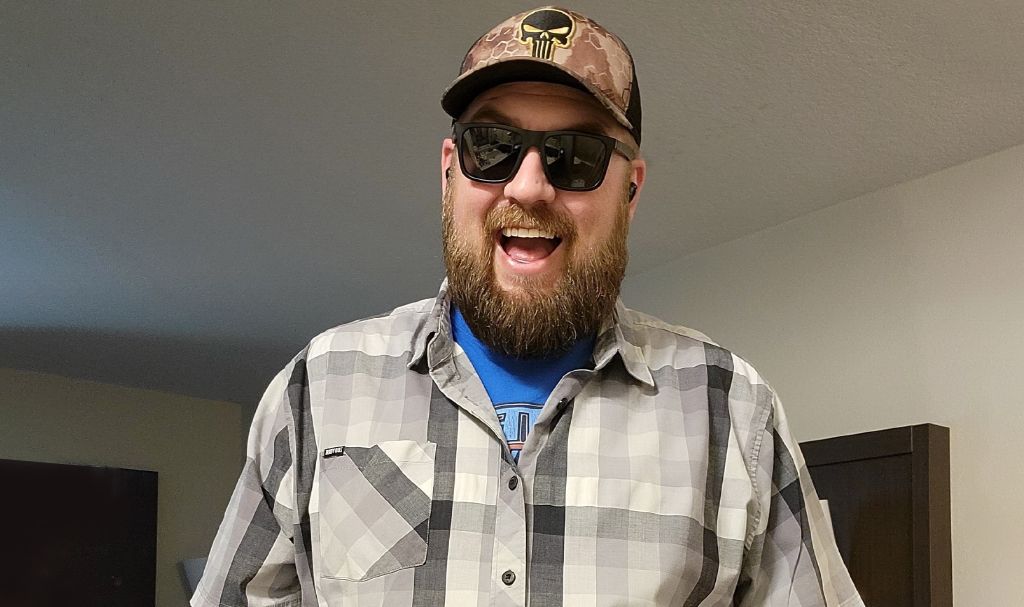 We decided to interview our partner Bill Adams - an entrepreneur from Naples, Maine, USA. In the interview, he told us that he had worked as a DJ for a long time. But, he wanted to do something else - therefore, he decided to open his own laser tag club. Bill had a background in laser tag - as a kid, he and his friends played on an indoor playground in his town with old vests and taggers.
Motivated by memories of fun hours spent playing laser tag and a desire to give people positive emotions, Bill decided to go into the laser tag business. In 2019, he bought AirBunker inflatables, LASERTAG.NET equipment and opened his own mobile club, Play207 .
For a mobile club, an important component is a vehicle that will deliver the equipment. Bill had no problem with that - he has a powerful Dodge RAM with a trailer that can take pretty much anything anywhere. Despite the fact that Bill can deliver 32 inflatables and 16 game kits at a time - there's plenty of room left in his car. 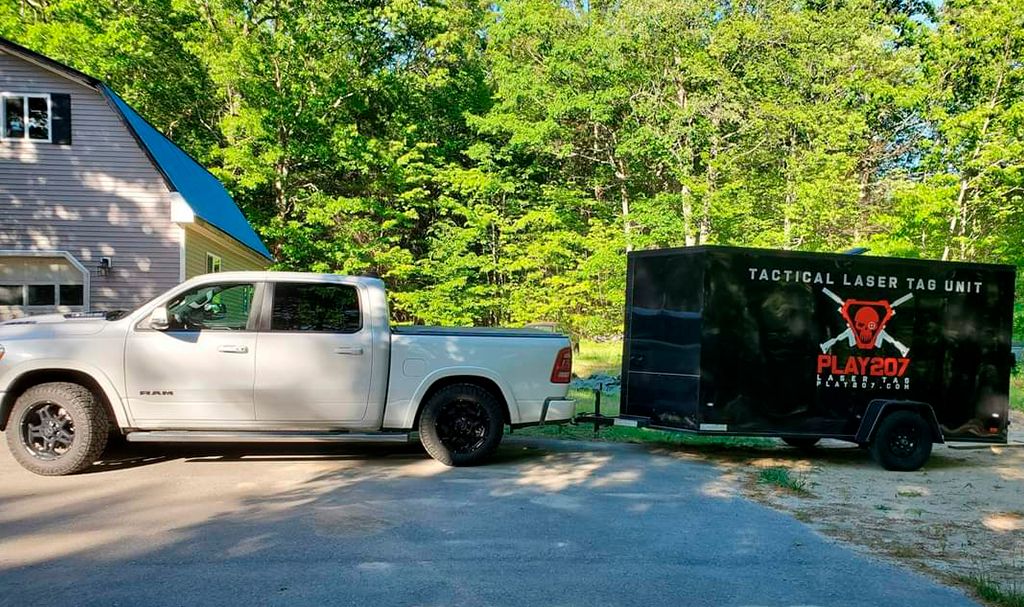 For Bill, the main criteria in choosing equipment were :

In the interview, Bill said that when he was planning to open his mobile club - he had few competitors in the mobile laser tag market, and they were all using outdated models of equipment. He needed the latest technology and features to differentiate himself from his competitors and make his business thrive.

Since the U.S. has very strict laws on carrying and storing weapons, somebody can call the police even if they see children with toys in the form of replicas of real guns. Bill was looking for taggers that would not look like combat weaponry.

As Bill mentioned in the interview, "I tested different manufacturers, but no one had the features and build quality I wanted. But once I bought your equipment I never looked back.
Bill bought not only laser tag equipment (taggers, headbands and other devices) but also a large set of AirBunker inflatables. Our inflatable tactical and sports bunkers meet all the quality standards and regulations of international paintball leagues - this allows you to conduct not only regular outdoor games, but also competitive events among professional teams. 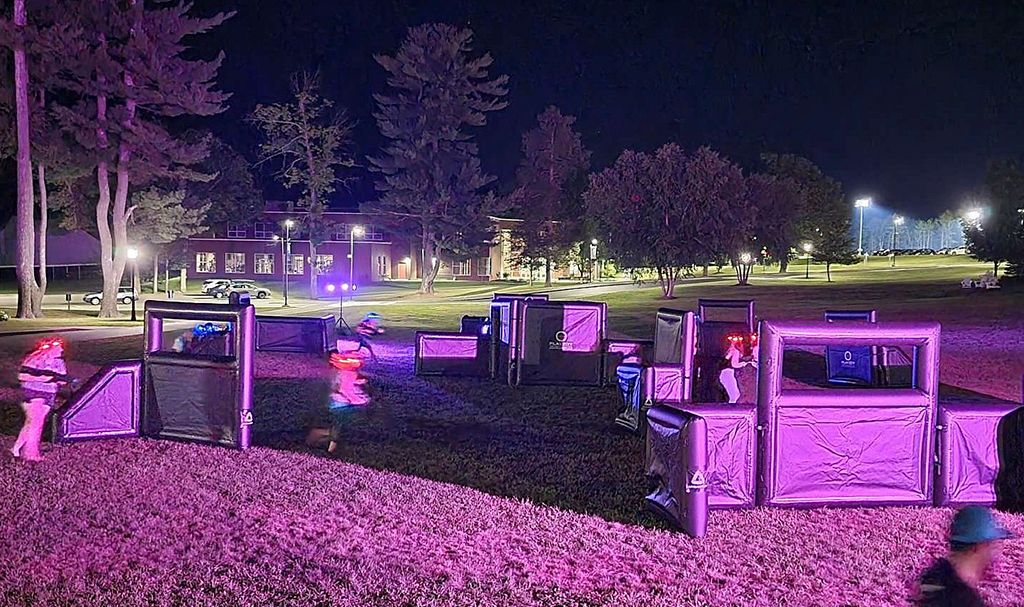 Unlike competitors who used technically outdated vests and held games with few scenarios, Bill obtained with the purchase of our equipment the following:
FALCON F1 taggers, especially loved by kids - innovative impulse recoil, bright IPS-display and futuristic shapes became the trademark of the Play207 club.

The ease of operation of the inflatable bunkers has taken game organization to the next level. Bill told us that for him and his helper, it takes about 1-1.5 hours to set up the playground on the client's property. The record time of setting up the inflatables and game kits only elicits positive feedback from his clients and a desire to order more games.
The ability to control all the sets via a tablet app earned separate praise from Bill. In the interview, he stated: "after playing with it for a while, I got the hang of it pretty quickly". The ease of use of the app makes it possible to quickly launch all the kits with a single click in the app, or to quickly change certain features at the customer's request.

No resemblance to military weaponry 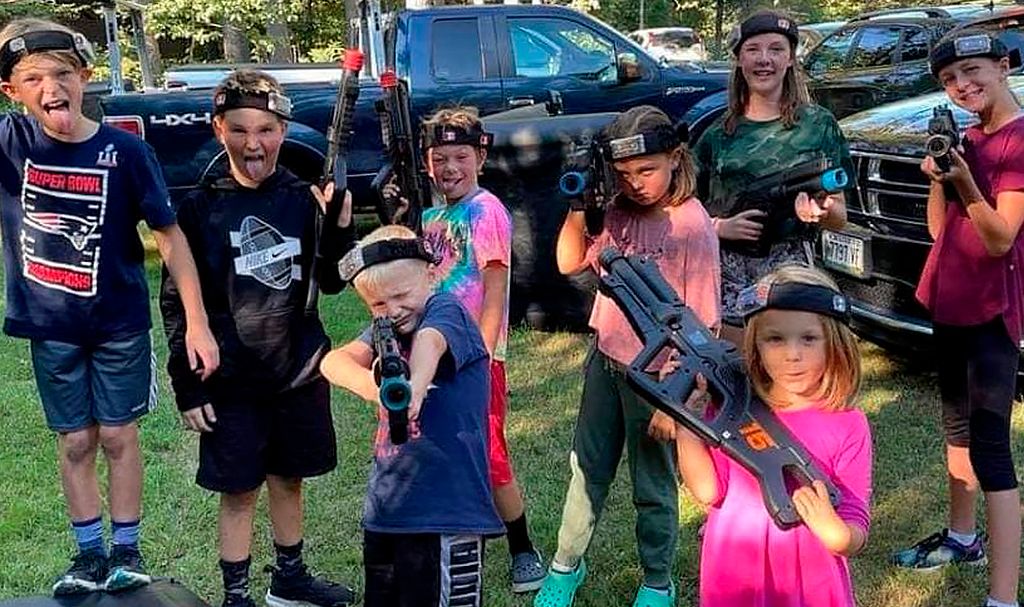 His target audience is children - he travels to birthday parties, city events, and colleges. During 2 years of working with our equipment, Bill has never encountered police or adult displeasure - the futuristic look of the taggers immediately dismisses any suspicion of resemblance to real weapons.

Despite restrictions and challenging times in 2020 and 2021, Bill's business has not suffered. The equipment has never failed him and the business has only continued to grow. In his interview, when asked "What advice do you have for entrepreneurs who are about to launch a laser tag business?", Bill's answer was, "Just get started. Do a product comparison and you'll see what you need. It may take a few months to get started, but it's worth it!"
Over the course of 2 years of our collaboration, Bill has purchased from us: 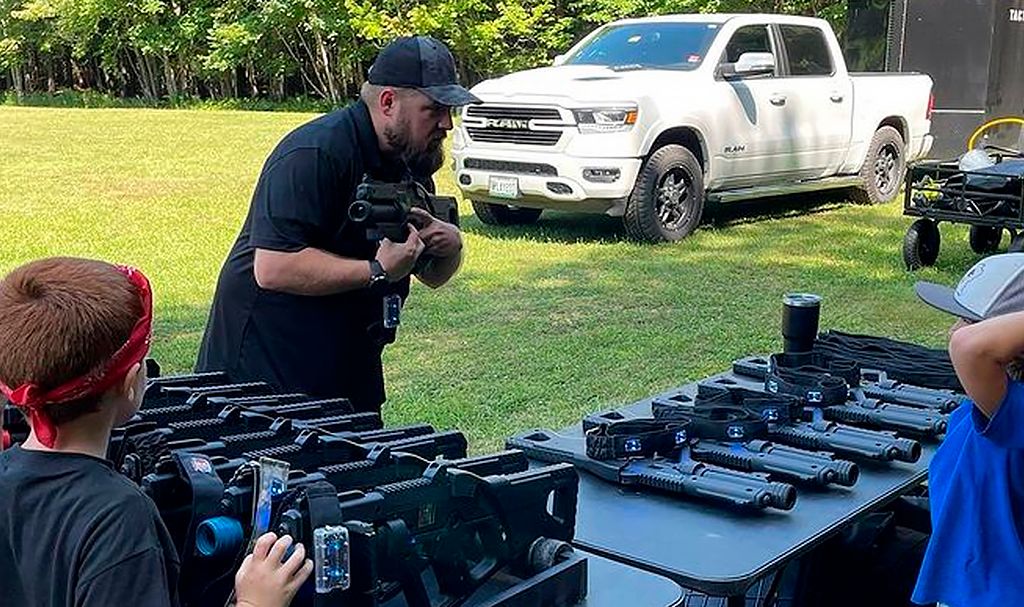 Bill admitted that taggers are what surprise people the most and set him apart from his competitors. After all, no one expects to play with the latest innovations in the entertainment world in their backyard. Kids love laser tag, and Bill loves running games - it's fun, interesting and as he says himself, "you don't have to wear a suit."
Due to Bill's clever approach and the equipment from LASERTAG.NET he has been able to get contracts with colleges, organize many games at various parties and events. This year he also has big plans for Halloween where he will prepare something really special for the players.
If you want to learn more about mobile laser tag or launch your mobile center right now, visit the Mobile Business page!