IMPULSE SIMULATION OF RECOIL IN THE LASER TAG GUNS

NETRONIC platform laser tag gaming kits feature a pulsed recoil simulation technology that makes games even more realistic, immersing visitors into the gameplay.
A shot is accompanied by impulses that go along the gun’s body to the player’s shoulder, simulating a real recoil. This technology is available in the FALCON F1 and F2 guns in the Premium Edition and Tactical Pro packages. 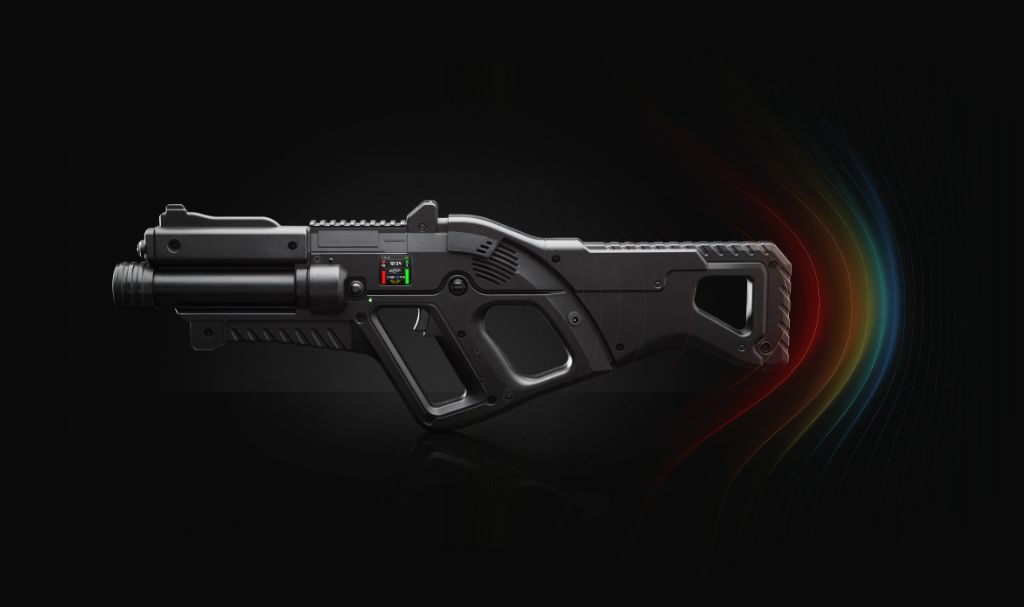 The player clearly feels the hits in the shoulder and not the trembling throughout the gun’s body, which happens when using a vibro-motor. A tactile sense of a real impact enhances immersion in the gameplay and gives players more vivid emotions. This feature attracts a more adult audience of players to the laser tag. The ones who want to get the game’s full realism.
Playing with a vibro-motor gun for a long time the hands begin to go numb at some point. Because of it many players ask to turn off the vibration after only a few games to avoid the discomfort. During a long game with a gun with an impulse simulation of recoil, this effect does not appear and it allows the visitors to spend more sessions without getting tired and without experiencing unpleasant feelings.

How does it work?

There is a module installed in the forearm of the gun, which creates a hit directed towards the butt of the gun with each shot. In contrast to simple vibration, the player clearly senses impulses directed to the shoulder. The recoil module is fully synchronized with shots and is capable of reaching 565 beats per minute. If a player makes one shot, one impulse is tactile, if it is a burst of three shots, there are three impulses.
Impulse simulation of recoil is a proprietary development of Lasertag.net, so you will not find such a mechanism in any other laser tag industry product.

Battery life does not change

The recoil-simulating module is powered by a separate battery, so it does not affect the battery life of the gun in any way. To charge a separate battery, there is an additional connector, located closer to the butt. A standard charger of 1 or 2 amperes is used for charging. 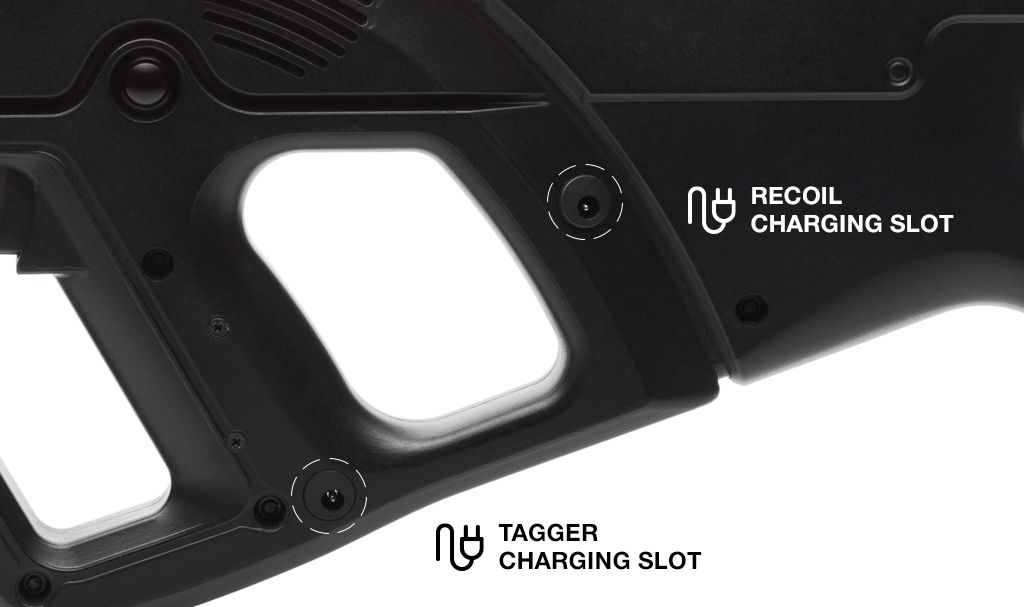 Despite the fact that the recoil is very tangible, it is absolutely safe for children, and even the youngest players do not experience discomfort during a long game. If the player does not want to feel the recoil it can be turned off, both in the player’s personal and the entire team settings via the android application.

Laser tag weapons with impulse simulation of recoil will be the main feature of your establishment. This is one of those things that is better to feel once than to see or hear several times. This technology attracts the attention of not only laser tag center players, but also visitors of the largest attraction exhibitions such as RAAPA and IAAPA.
We are working to make the outdoor laser tag as realistic as possible: impulse simulation of recoil, differential damage, vibration indication of a hit provide the complete immersion in the game, even if your weapon does not look like a combat one.