THE RESULTS OF THE PAINTBALL EXTRAVAGANZA INTERNATIONAL 2020

Not long ago our team traveled to the United States. This trip was very useful for us; we visited indoor and outdoor laser tag centers and found new business partners.
One of the potential partners recommended us to visit the largest summit at the Paintball Extravaganza International 2020, and of course, we went there.
Since we received the invitation just a week before the date of the meeting, we were in a hurry, but still managed to get there!
Paintball Extravaganza is an annual event that has brought together the industry representatives under the same roof for 15 years. This time it was held from February 18 to 20 in Memphis, Tennessee. Without exaggeration, this is the world’s largest trading and dealer summit dedicated to such active entertainment such as paintball, laser tag, and airsoft.

For 3 days, we were relentlessly introducing the latest developments of the company to the visitors of the summit. The owners of paintball/laser tag centers, our American partners, a Texas dealer of LASERTAG.NET and even Elvis Presley visited our booth!
The audience of the summit was multilingual, but mostly spoke English and Spanish. As for the different languages, this was one of the factors that all the visitors of our booth liked, because the LASERTAG.NET equipment allows you to play game sounds in 5 languages. 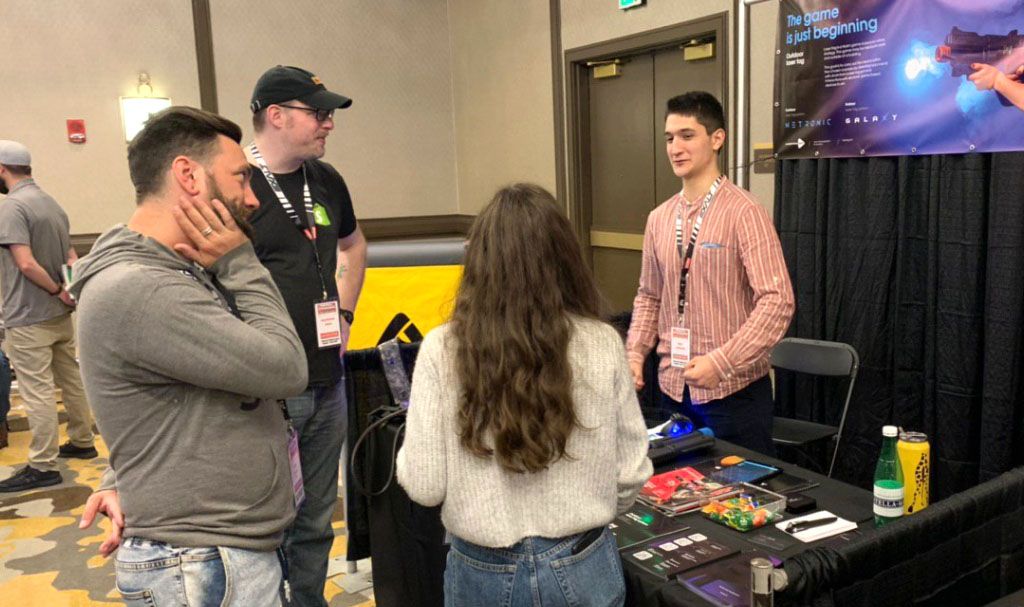 A neighbor of our booth was Paintball USA. This is a company that promotes paintball clubs. They liked our products so much that they thought about the possibility of promoting laser tag centers. Their experts began to attract visitors to our booth right at the summit. We became such good friends that we started recommending each other to guests.
We talked with industry titans such as Tom Cole, the president of NXL Paintball, Billy Ceranski, the president of G.I. Sportz, Gino Postorivo, the CEO of Valken Sports. They were very interesting conversations that may lead to further cooperation. We will not give it away yet, but soon we will write about this in more detail!

The greatest excitement, of course, was caused by the shock-band. This is a device that sends an affected player an adjustable electrical impulse. The shock-band completely changes the game of laser tag, offering a completely different level of emotions. Everyone who held this gaming device in their hands wanted to test it immediately.
The owners of paintball and airsoft clubs who visited our booth appreciated the device. The shock-band is a real magnet for outdoor enthusiasts. Laser tag, with the use of a shock bracelet, offers players a thrill without bruises. The start of sales has already begun!

SCENARIO DEVICES – THE GAME MUST GO ON!

The scenario devices were the highlights of our booth. The capture process in gaming devices is fully visualized due to LED indicators, which greatly enhances gaming enthusiasm.
Those holding SIRIUS were impressed by the lack of mechanical buttons, because they eventually deteriorate. SIRIUS is activated by a shot or a simple touch. The uniform case allows you to play games in light rain, snowfall, and even on a dusty arena.
The Smart Domination Box is equipped with LED scales that provide a user-friendly indication of capture. There are 5 modes that are based on classic game mechanics, popular both in paintball and laser tag.

MOBILE LASER TAG CLUB – NO BORDERS FOR THE GAME

Our inflatable bunkers aroused keen interest among the owners of outdoor recreation centers and professional paintball players. Airbunker grounds are suitable for sports tournaments, training sessions, as well as for arranging a safe mobile venue.
We created ready-made solutions: sets of laser tag equipment and inflatable shelters. This approach is especially relevant for those who want to get a quick result with a return on investment of up to 11 months. Ready-made sets allow you to create a mobile platform with the optimal amount of equipment. 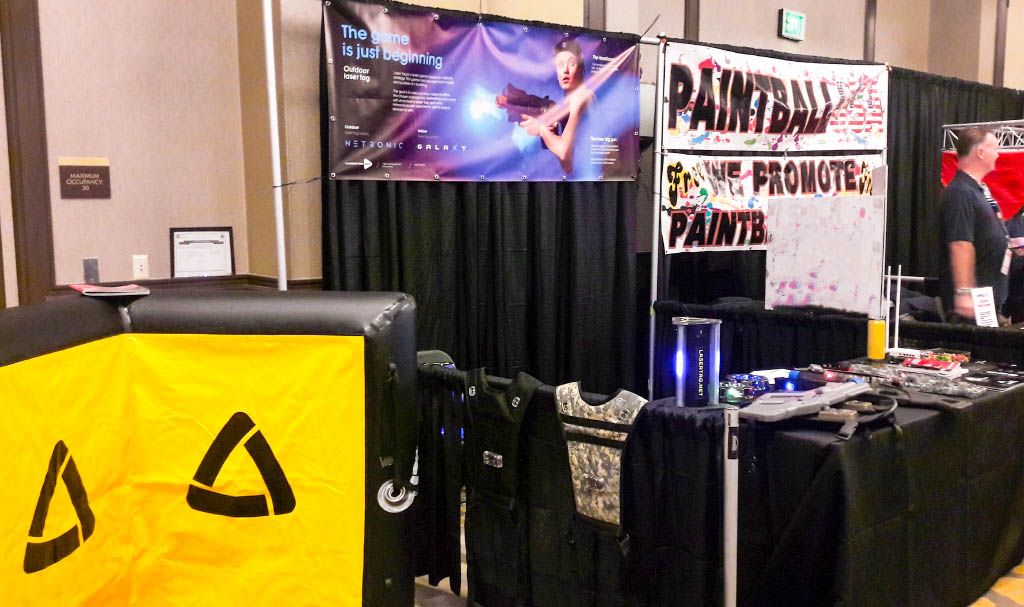 All the gaming devices of LASERTAG.NET are controlled using a smartphone that connects to a regular wireless router. The Internet access is not required. The power bank provides autonomous operation of the router during the whole gaming day. Convenience and compactness that you can afford!

THANK YOU FOR MAKING US BETTER!

It was very important for us to get feedback. When creating each device, we are guided by the needs of the owners of paintball laser tag centers and the players themselves.
To choose a paintball marker or airsoft gun, you need to pay attention to a number of criteria, so that the final result will meet all your expectations. The same principles must be followed when selecting laser tag kits.
Creating the NETRONIC outdoor platform, we took into account the factors that players around the world pay attention to.

We thank all the visitors of our booth for their interest. Creating high-quality laser tag equipment is impossible without your feedback and recommendations. There is still a lot of work to improve existing products and design new devices. Thanks for your ideas!