Player safety and safe game environment have always been among key priorities for every laser tag club or arena owner. To address this need and to eliminate the chances of players injuring each other with taggers, we developed a special protective tip for our FALCON game kit.
When playing indoors with closely spaced tactical covers, and especially when playing the Domination Box capture scenario, it is not that uncommon to have players occasionally engage in close-range shootout. If they do, they would throw their taggers about in front of their faces in attempts to have a point-blank shot at the opponent’s headband, increasing chances of injury, especially when involving kids. Dealing with unhappy customers, let alone injuries, would be the last thing an arena manager would wish. 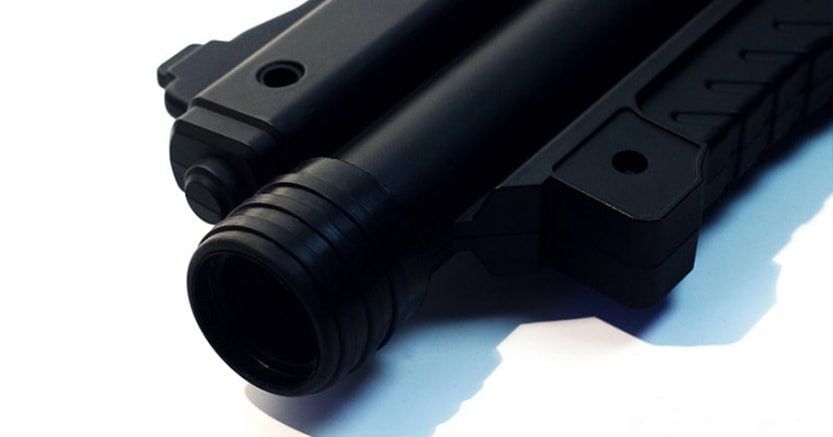 Made of soft rubber, the protective tip has 5 mm thick walls, and its fore part projects over the tube edge by a hefty 10 mm, cushioning tagger thrusts and protecting not only the player, but the optical system as well.
The protective tip comes both in black and color (red and blue) versions. With this color option, tips can be used as a neat accessory for teams’ identification marking, so that arena personnel will no longer have to mark taggers with color scotch or duct tape, giving them a messy and shift-made look. 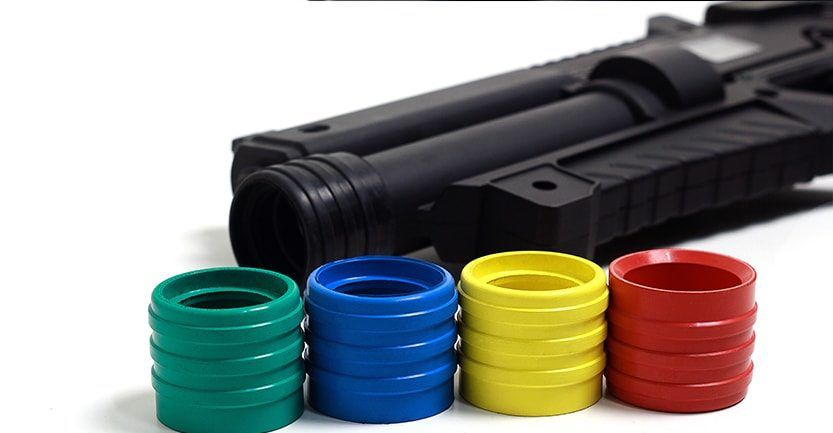 Different colors of the tips can serve as an excellent team marking material . And you do not have to be labeled with game sets tape or colored duct tape, while respecting its aesthetic appearance.
In laser tag equipment intended for the outdoors, rubber protective tips come as an option, while laser tag arena blastera by LASERTAG.NET come with them by default.