Many instructors spend a great deal of time preparing and managing games. The number of games depends on the speed of preparation and execution, and therefore the profits in general.
Although laser tag software makes it as easy as possible to prepare for the game, there is an alternative option – a remote control. With the help of the Smart remote control you can configure vests, headbands and taggers without connection to the software. 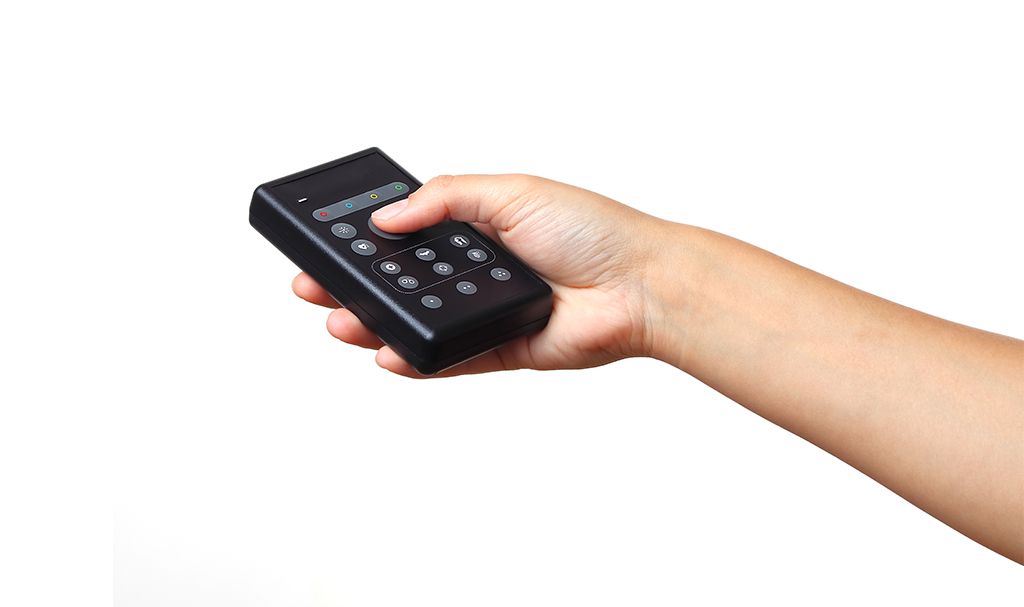 External elements of the remote control 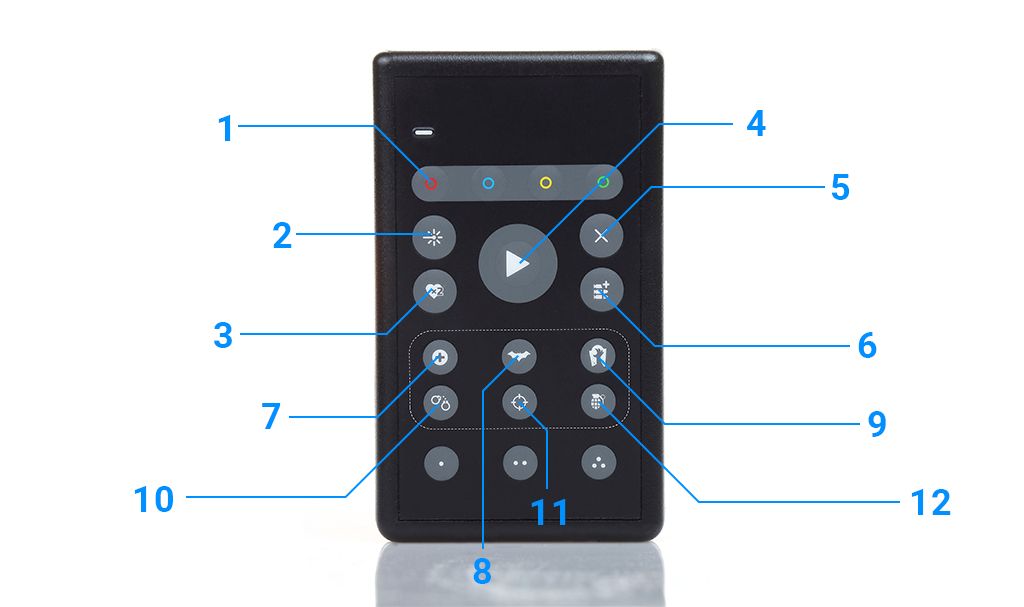 The top four buttons are responsible for selecting team colors, allowing the instructor to quickly assign players to teams and save time for the game.

The four buttons around the “Start” button allow to: 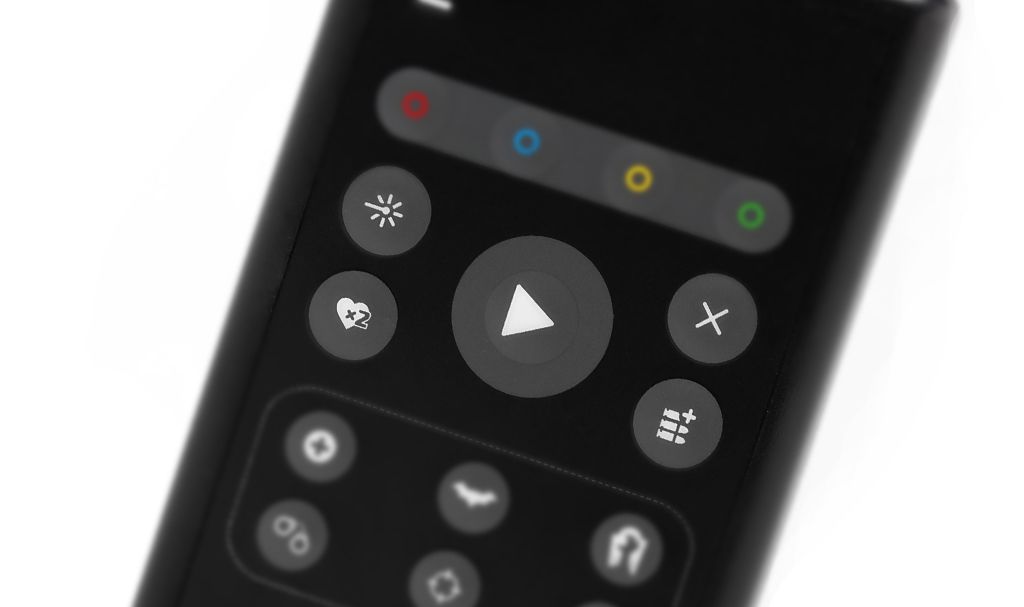 Three new buttons have been added:

Additional devices, such as SIRIUS and SMART Domination Box, can also be configured and controlled with the remote control. 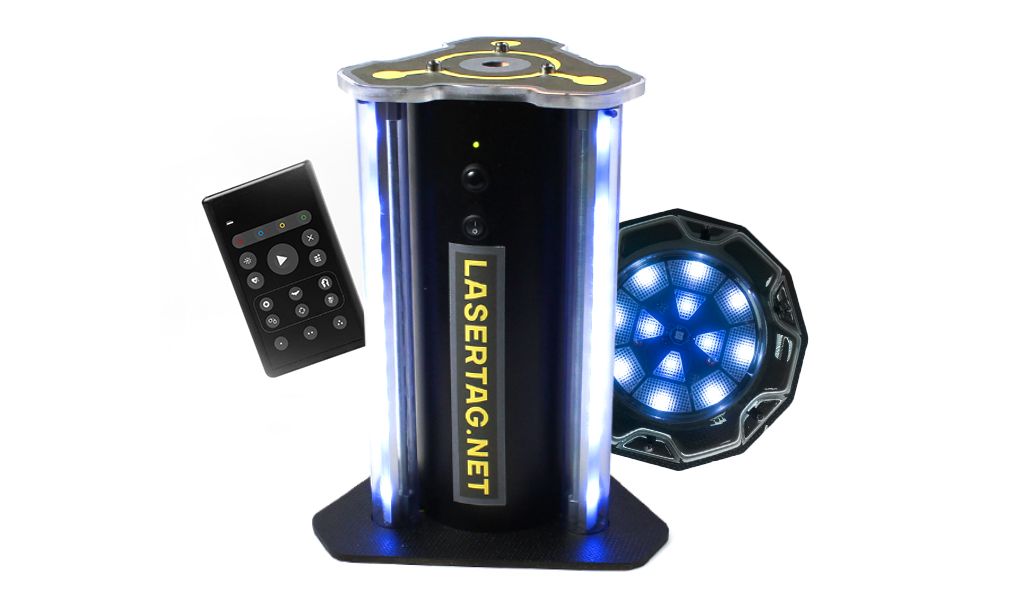 Another interesting feature of the remote control is that the buttons can be reprogrammed to meet the instructor’s needs. This can be done in two ways – by copying and self-programming.
For copying you will need a similar remote control. The scheme of copying is the following:
The remote control unit can be programmed without additional devices, using the buttons as a keyboard. 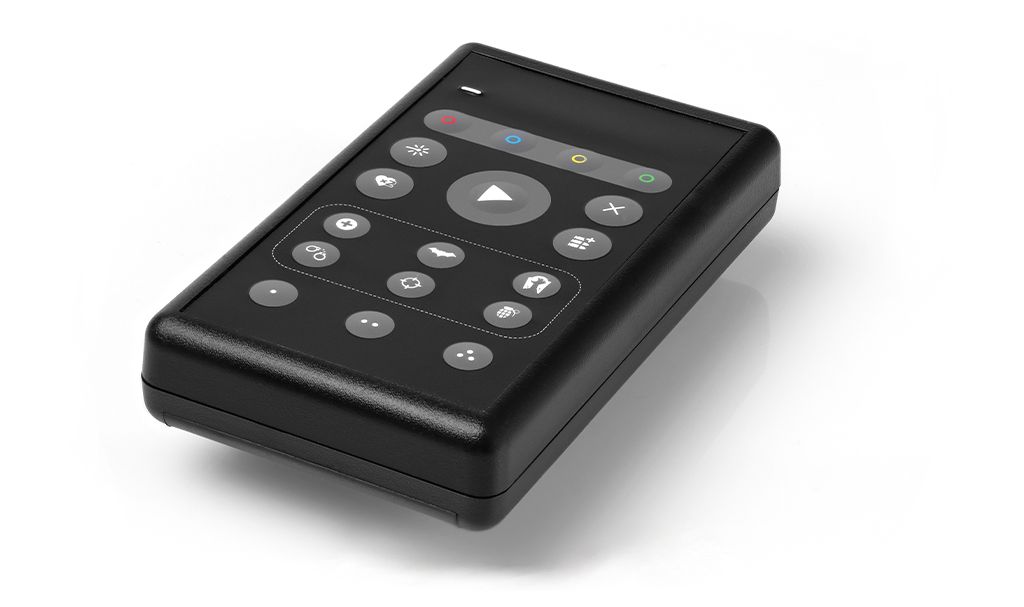 The mechanism of self-programming is the following:

*The table with 4-digit codes can be found in the manual.
The copying and self-programming functions reduce the number of actions and the time spent by instructors. These functions become a kind of assistant for them.

Smooth streamlined body of the remote control is made in the style of gaming kits and emphasizes the futuristic orientation of the game. We paid special attention to the ergonomics of the new remote control, since the absence of sharp elements and optimally-sized buttons increase the comfort of using the device. 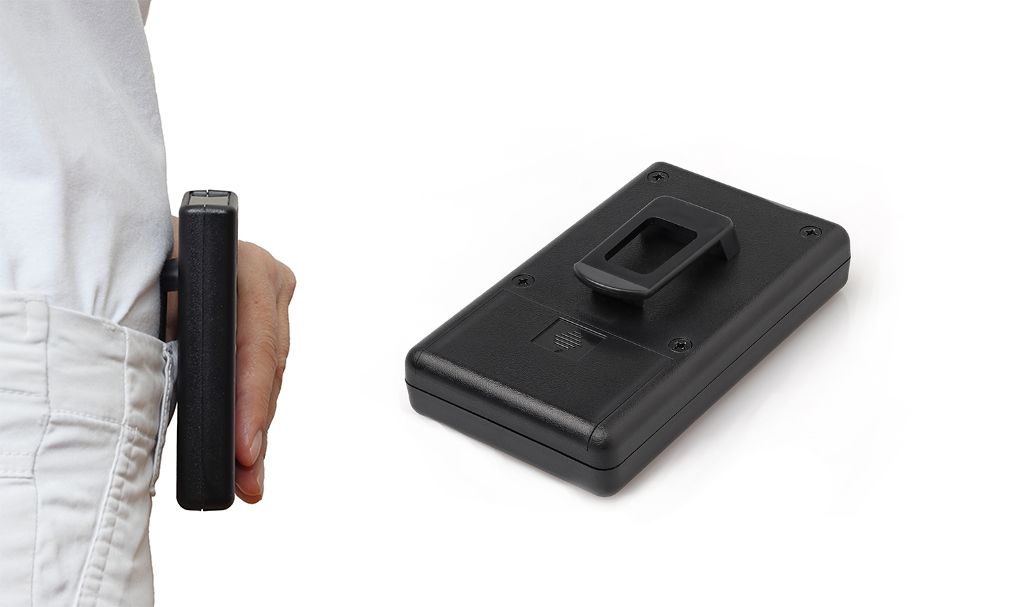 The handy plastic clip, which can be used to fasten the device to your belt, helps to free your hands. You no longer have to worry about losing or damaging the remote.
Wear-resistant matte coating prevents scratches and damage to the surface of the keyboard, so you can keep a presentable appearance as long as possible.
Buttons of the new version of the remote control are membrane keys, which have practically unlimited lifetime of keystrokes.
Graphic images on the buttons will not wear off, as they are printed on the inside of the membrane panel of the Smart remote. 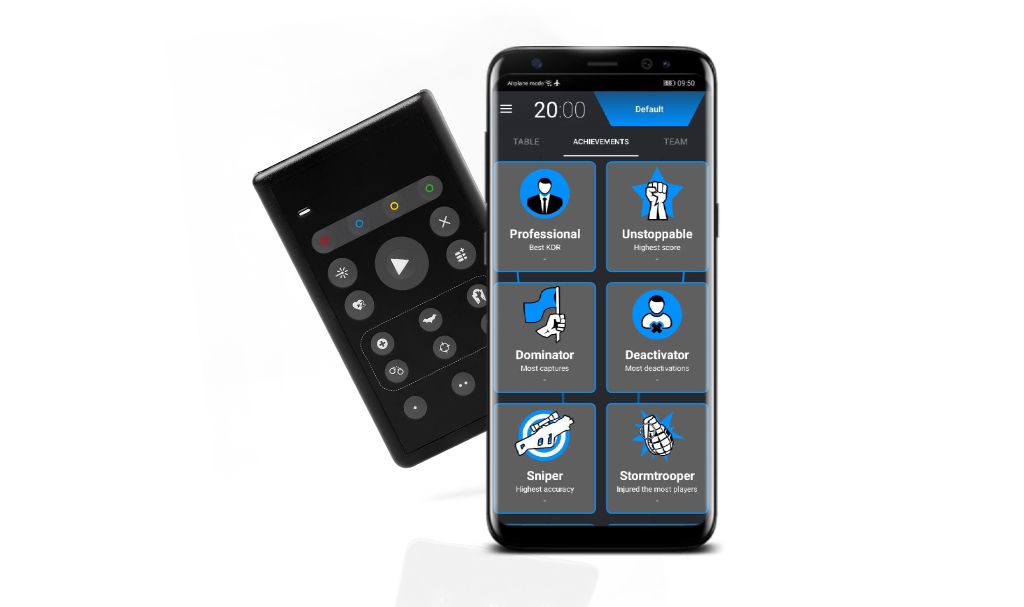 Obviously, the updated Smart remote will perfectly prove itself as a reliable assistant for an instructor. But do not forget that it is more relevant and practical to use the remote as a supplement to the Lasertag Operator software. After all, we keep up to date and choose the most progressive and fastest way to control the laser tag game.