Glock-19 – a starting point for the NETRONIC TACTICAL line

Our company does not stand still, continuing to actively develop. A new stage in our formation is the NETRONIC TACTICAL line of equipment for tactical laser tag. 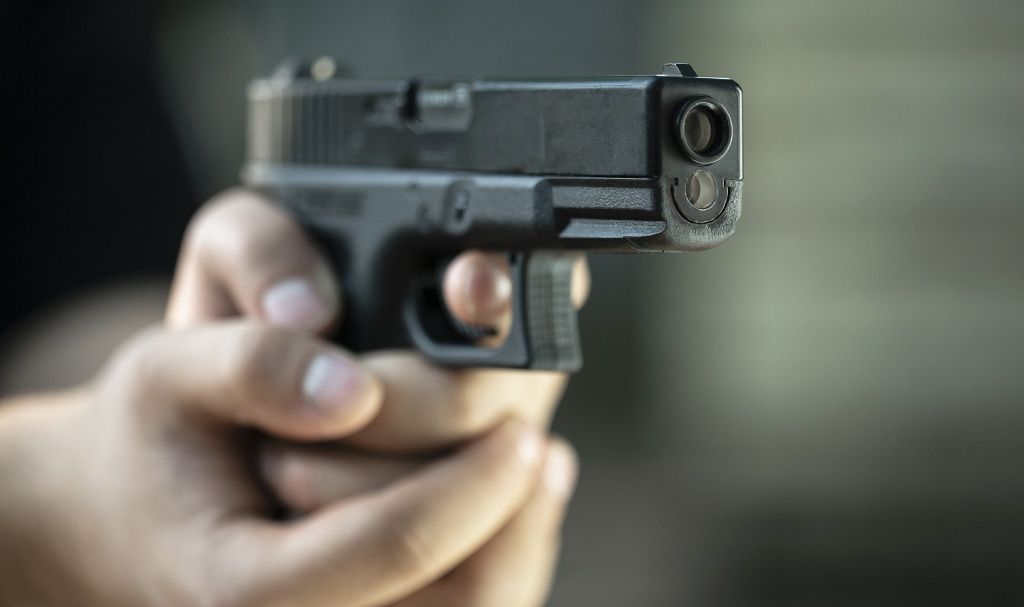 Meet the new direction in laser tag equipment which main feature is the maximum level of compliance with the military original. We paid attention not only to the visual component of the weapon, but also to the important subtleties that are an integral part of a real battle. Thus, the equipment can be used not only for indoor games at the box office, but also for full-fledged training and testing maneuvers.
The first step in the NETRONIC TACTICAL direction is the tagger handgun Glock-19.
The Austrian company Glock is the most famous manufacturer of handguns in the world. The products of this company are in service with the armies and control agencies of more than 30 countries. Glock gained such popularity due to its light weight, convenient shape of the handle and resistance to damage, even with prolonged use. Most people are familiar with this gun from movies and computer games.
When creating a new tagger, we decided to achieve full compliance with the original from the Austrian manufacturer. Our laser tag gun is many times superior to all existing analogues, as it has: 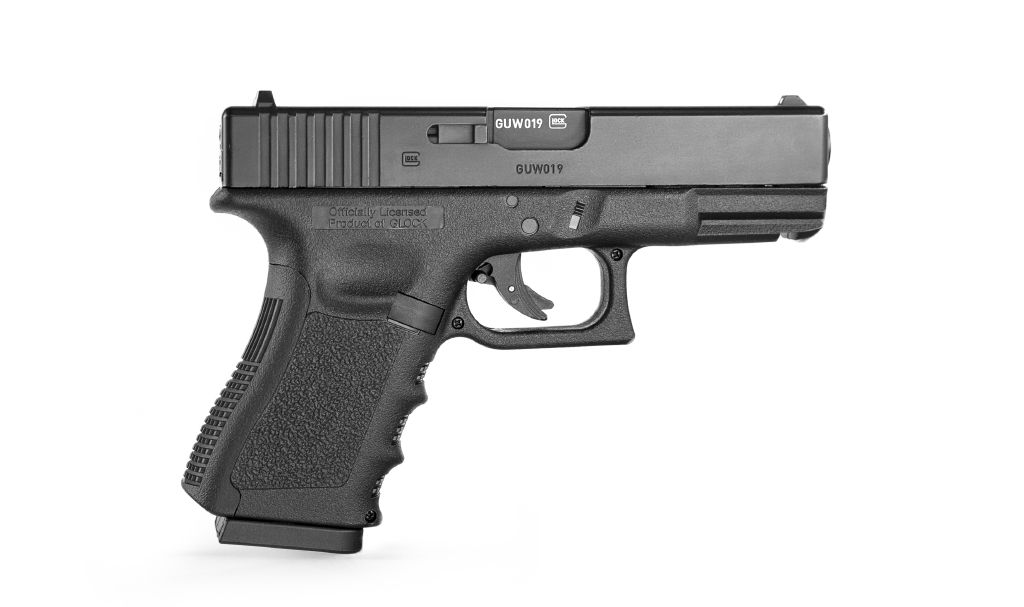 COMPLIANCE WITH THE ORIGINAL TO THE LAST DETAIL

The casing for our tagger is made by the German company Umarex –the only Glock license holder. The casing from the pneumatic Glock-19 has all the corresponding markings. Picatini under-barrel bar allows you to install any body kit. The tagger looks no different from a combat pistol, which will not leave indifferent any fan of military entourage.

The casing and frame of the Glock-19 are made of high-strength, heat-resistant plastic. This solution makes it significantly lighter than existing analogs from other manufacturers, without compromising the structural strength. Polymeric materials and a special coating make the gun resistant to corrosion, as well as dust-proof and moisture-impermeable according to IP 54 standard.
The power button, charging port and battery indicator are hidden under the magazine. Due to this, the appearance of the structure is saved and the player will not be able to accidentally turn off the tagger during the game. A special diode is responsible for displaying the current battery level. 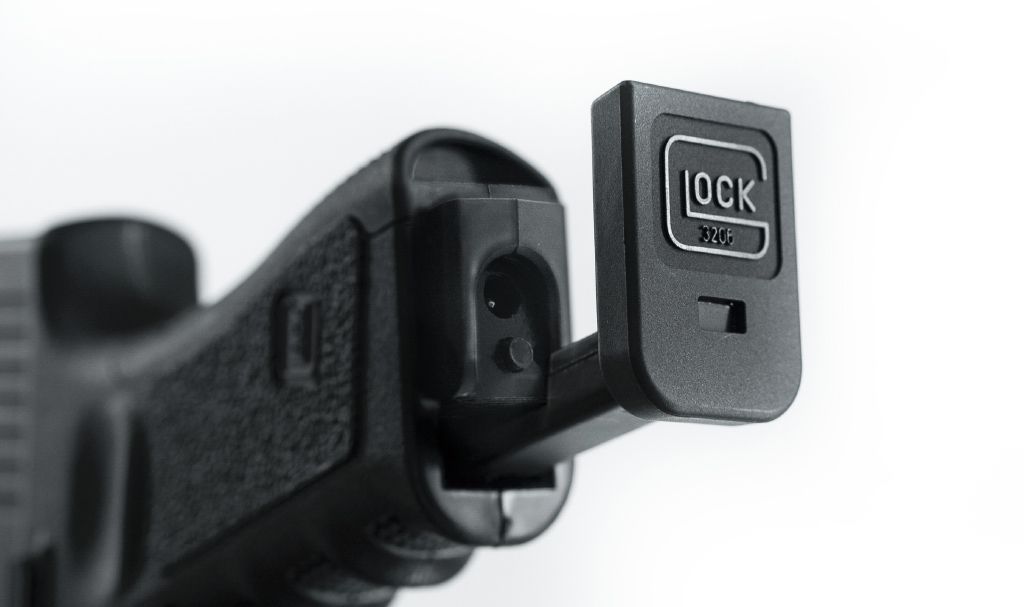 RECHARGE VIA THE MAGAZINE

An important innovation of our tagger is the original recharge cycle. In order to replace the clip that ran out, you need to completely remove the magazine and then return it to its place. The magazine is removed, as in the military prototype, by pressing the button on the casing. This feature will attract players, especially those who want to feel the maximum realism.
For more realism, it was decided to maintain the trigger mechanism. Due to this, when you press the trigger, the spring is triggered transmitting impulse and trembling in the handle, creating the feeling of a shot. A speaker was installed underneath for sound indication and for reproducing sound effects during shots, reloading and important game events. The speaker is aimed at the player, so they will always clearly hear the sound.

The Glock proprietary system, called Safe Action, is responsible for protection against accidental shots. The fuse is placed on the trigger, so you do not need to switch any special flag to bring the gun into a firing position.

This development of our company allows us to completely eliminate the “blind spots” when shooting from close range, as well as to receive focused radiation at a long distance. 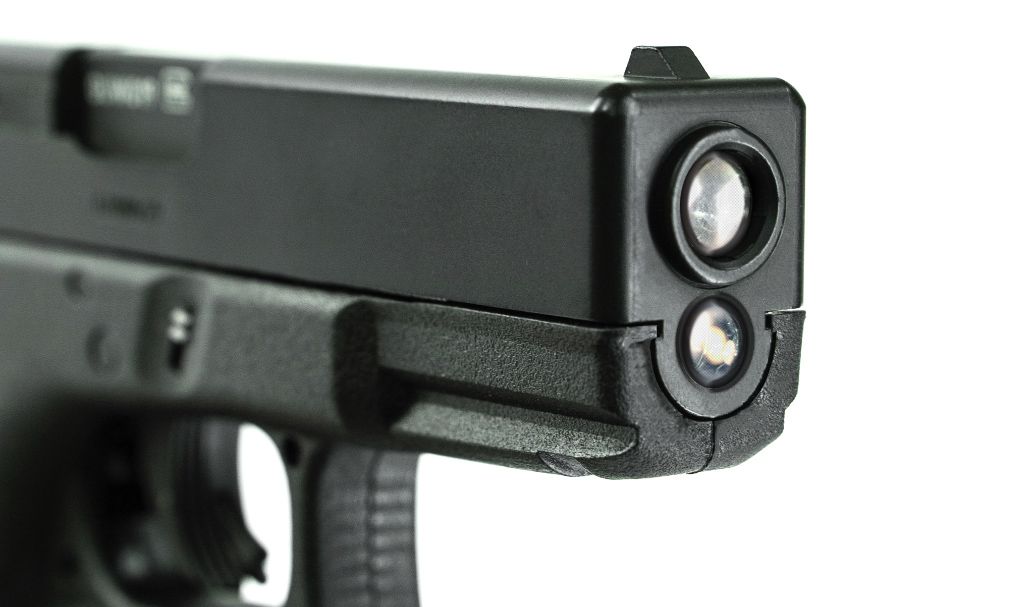 The Pulsar technology is a system of two paired emitters integrated into the tagger. The first emitter creates an optimal damage area to completely eliminate the “blind spots” at a close distance of 5-7 m. The second one serves to create a beam, the affected area of which is not scattered over a long distance. This decision gives the player realistic shooting conditions, with an aiming range of the Glock-19 of up to 50-60 meters, like in the military prototype.

A minimum shift in the accuracy of the emitter for long distances is possible during long-term operation. Thus, special alignment holes were created to adjust it. The process takes a few minutes, you need a simple hex key for the adjustment.

THE PERFECT OPTION FOR EXPANDING THE LASER TAG CENTER 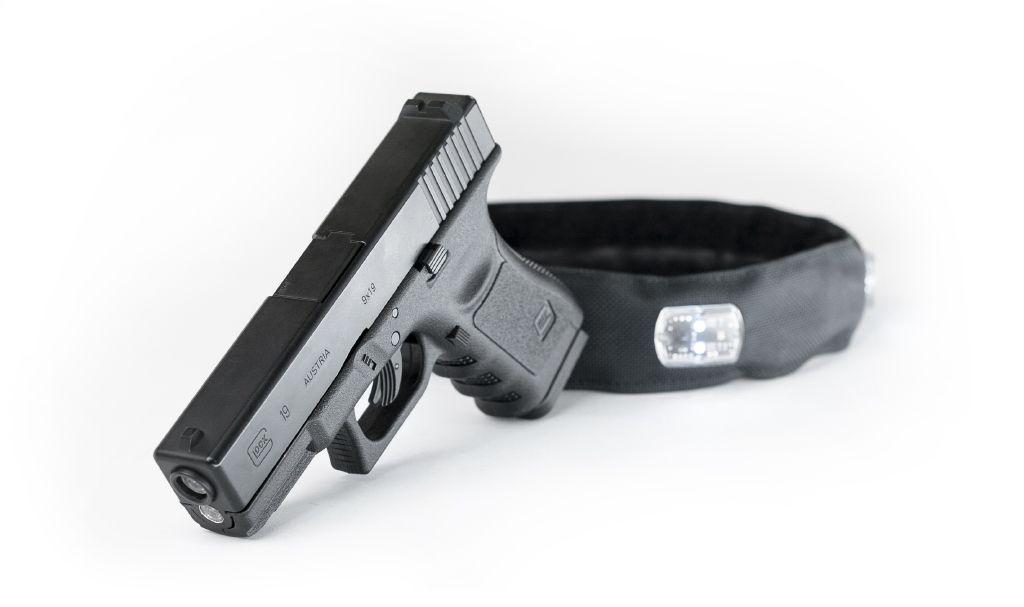 NETRONIC PLATFORM IS INSIDE THE GUN NOW

A new reduced board is available for the Glock-19, which fits perfectly into the gun handle. It was designed to provide all the benefits of the NETRONIC platform. You can keep using the Android application for the Glock-19. The device is displayed as a handgun in the application.

It was possible to accommodate a capacious battery in a small casing, which allows the device to fully operate during a gaming day. We also implemented automatic shutdown technology, which avoids unauthorized loss of charge. The battery is charged with the help of the charger, which is also used for ordinary taggers. The laser tag center owners who want to expand their product range will especially like this solution.

Many laser tag clubs try to provide their customers with the most realistic game conditions. The new tagger implements a range of important qualities and unique technologies that will give your customers a feel of a real battle. 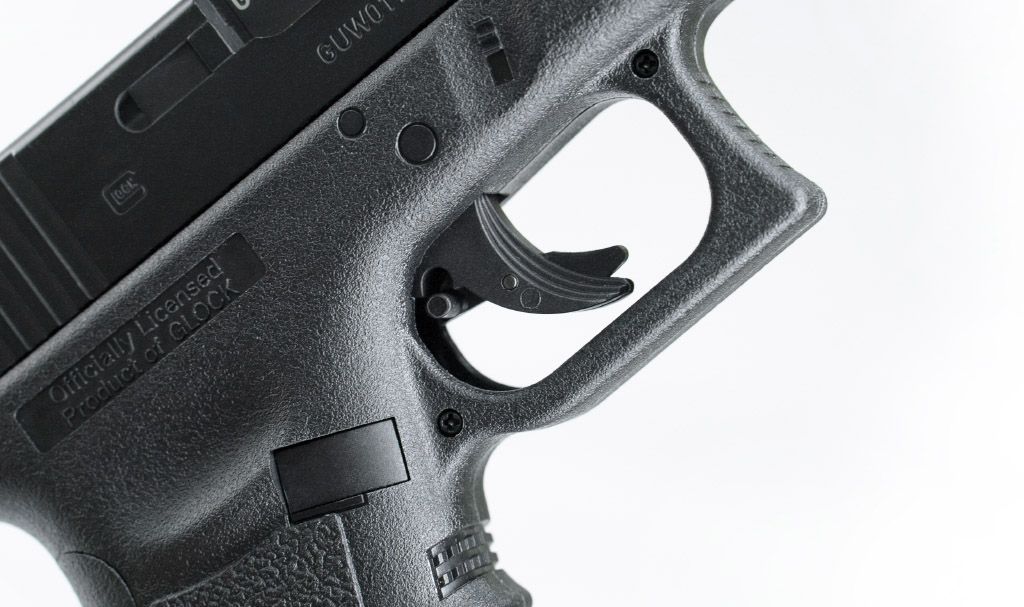 The tagger was created from scratch, so we used new developments:
We will share with you the latest information about new equipment from the NETRONIC TACTICAL line. In order not to miss the releases, subscribe to our social networks!
Order a catalog and find out the price of the new handgun Glock-19!